In August of 2011 took one of those “How Long Will You Live” online tests that ask you about your health and habits – just for fun really. I did quite well actually as my expected death age, of 86 years, is 5 years ahead of the curve for my generation.

This is very funny to me because I’ve never really pictured myself older than 30.

There’s a lot of complicated reasons why that is, I’ve certainly been called morbid before, but I don’t see death as a scary monster off in the future but more as an inevitable deadline we all must reach to visit the unknown. It might all sound a bit nuts but death is a part of our lives that no one ever seems to talk about.

The death of a cousin my age when I was a child had always meant I was without that child-like sense of immortality. I’ve always tried to do the things I want to do now instead of putting them off but in the last few years as I no longer have being underage to blame I found that I was not pushing myself quite enough.  What scares me way more than dying, is dying and being…boring?

So the test gave me 68 years left and 21% of my life lived. I’ve seen bucket lists before but this should be different. 68 is a nice exact number. I also don’t just want it full of things that people think you should do before you die. I have pointedly left bungee jumping off the list for this reason. I want them all to mean something to me.

(28th August 2011) The first one was easy, or at least it did not require great expense or sacrifice. Alan Garner, author of ‘The Weirdstone of Brisingamen’, ‘The Moon of Gomrath’ and ‘The Owl Service’ (three of my favourite books) had been my favourite author, all my life without fail. It had never wavered even a little. I made a little card with an owl on the front (sad I know) and did some Googling to find an address for fan mail. It went to a publisher in England and I just had to post it and cross my fingers that it made it to him. Though he’d always been my favourite writer it wasn’t until I went to write the letter that I realised how much he’d influenced me. His stories had inspired me to read even though it was harder for me than the other kids and even inspired my early style as a writer.

(9th September 2011) I can be a real pack-rat (it’ll be useful someday) but at the same time clutter stresses me out so crossing this one off was really therapeutic.

(September 2013) This picture is actually from the pride parade we skated in 2014 but roller derby definitely gave me a lot.

#10 Meditate for over an hour 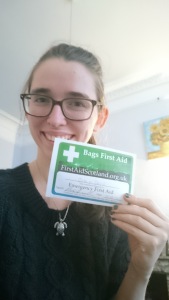 (2015-2016) I did a lot of volunteering while in Edinburgh with a great environmental education charity called the Green Team.

(August 2012) Had an amazing archaeology tour of Greece provided by the Irish-Hellenic Institute.

#19 See the sunset over the Murder Hole 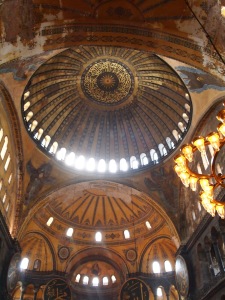 #21 Get a first class degree

#23 Live without electronics for a week

#25 Sail on an anti-whaling ship

#27 Get a book published

(June 2015) While traveling with a friend whose father is a small plane pilot, he let me take the sticks for a bit. Didn’t crash so I call it a success.

(March 2012) Me at an anti-ACTA/SOPA protest speaking about surveillance in the name of intellectual property. 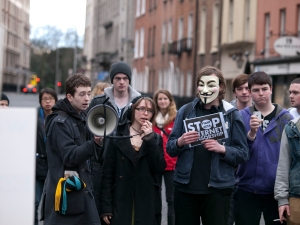 #48 See sea turtles in the wild

(June 2015) Annie and me take on highway one in California. 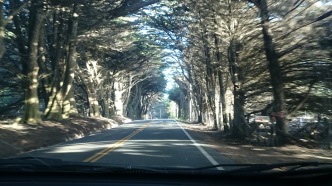 #52 Build something that will outlast me

#56 Spend time in a Buddhist monastery

(2015) Wild I know. It’s mostly vocal, with some ukulele, technically an EP and mediocre but it exists.

#64 Go to Japan for Sakura season