What has a genre of eco-speculation got to do with Ireland’s changing political landscape? What could solarpunk offer a country that is not actually famed for its sunshine?

“Solarpunk is a movement in speculative fiction, art, fashion and activism that seeks to answer and embody the question “what does a sustainable civilization look like, and how can we get there?” 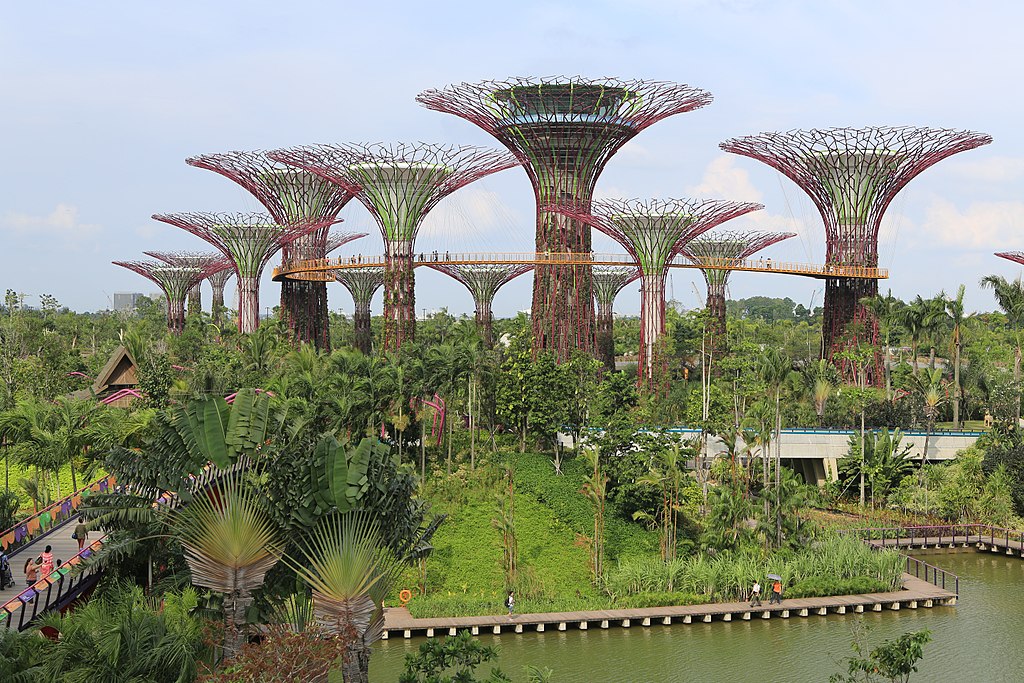 The philosophy beyond solarpunk, the optimism of it, is something I believe Ireland needs. Solarpunk is about seeking environmentally sustainable futures yes, but it also speaks to social sustainability and equality.

The very idea of optimistic politics would be a welcome injection into Irish political discourse. Internationally the Irish are often known for our self-deprecating sense of humour which I’ve always liked (I mean if you can’t laugh at yourself what can you laugh at) but that cultural vein can often turn into a pessimistic and jaded reaction to the politics and potential future of Ireland as a country.

Ireland is a small country which means that with proper public investment it wold be possible to have the kind of accessible public transport, local produce, energy micro-generation and circular goods economy so often discussed in solarpunk fiction and by its political proponents.

The idea of a circular economy is gaining a lot of ground in the EU. It aims to create products that have long use-lives, designed to be repaired and made from components that can be reused or recycled. Production processes are designed to use waste materials from one sector as raw materials for another.

Some circular economy ideas are already common practice for some people; buying second hand clothes or furniture, recycling glass and textiles, or repairing cars, bicycles and computers. People are naturally moving towards certain circular principles as practical and sustainable choices. However the focus has been on consumers up to this point to make these choices for themselves (often time consuming) rather  than on manufacturers or retailers to provide low-waste options.

In Ireland there are a few examples of great work already happening. Besides the many community gardens, social enterprises and energy schemes there are two specific cases of note Cloughjordan Ecovillage and the Ballymun Rediscovery Centre.

Cloughjordan Ecovillage is a town founded on principals of sustainability and collective decision making. Founding members of the ecovillage incorporated Sustainable Projects Ireland, which trades as The Village, in 1999. The Village is a company limited by guarantee but with articles of association ensuring that the group operates in much the same way as a cooperative. The members, staff and directors of the Village use the process of consensus decision making to arrive at decisions. Consensus decision-making works creatively to include all persons making the decision. Instead of simply voting for an item, and having the majority of the group getting their way, the group is committed to finding solutions that everyone can live with.  The first residents of the ecovillage moved into their new homes in December 2009.

This is a video about the early days of the project back in 2009.

Ballymun Rediscovery Centre is a creative space and umbrella organisation for four reuse social enterprises Rediscover Furniture, Rediscover Fashion, Rediscover Paint and Rediscover Cycling. Theses enterprises use waste and unwanted materials as a resource and raw material for new product design. Their aim is to bring together the skills and expertise of artists, scientists, designers and craftsmen united in a common purpose of sustainability through resource efficiency and reuse. The Rediscovery Centre supports the development of the circular economy and advocates for a more resilient, equitable society.

I’m from Ballymun and so the Rediscovery Centre is particularly close to my heart. They offer so many classes (I’m taking sewing machine classes) and are such a great resource for the local schools. It’s also really important as the class divide in environmental and sustainability circles is very real!

While I love the work that is happening in Cloughjordan just packing up and moving to life “off-the-grid” is not an option for everyone (as I discuss in Selfishness in Self-Sufficiency) what the Rediscovery Centre offers in urban and accessible and part of a vibrant working-class community in an area that has been consistently demonized in the Irish media.

However I’m not really trying to compare them as they are two very different projects that I think highlight the diversity of opportunities for solarpunk in Ireland.

“Solarpunk is punk because it’s interested in next-steps, and much like the original punks saw music as a central form of rebellion against the culture that was failing them, we – the writers and readers and fans of solarpunk – see the writing of fiction as an activist endeavor. Solarpunk stories aren’t just depictions of political action, they’re political action in themselves.”
– watsons-solarpunk