There has been some controversy in my life recently from a source I would never have expected.

Those who know me know that the volume of tea I can drink on a given day in likely outside of safe levels but at least I always knew that my compost bin was healthy.

The vast majority of commercial teabags are heat-sealed rather than sown shut which means that there is up to 10 or 15% plastic in the otherwise paper covering of a teabag. This means that as the teabag breaks down in your compost it leaves the plastic in your soil.

Moral Fibres ran the story that brought me onto the issue. This then led to me getting into arguments with one of Ireland’s biggest tea companies while trying to get to the bottom of it. At least they bothered to reply which the other two largest, Beweleys and Barrys, did not.

So why are tiny pieces of plastic in my compost bin such a big deal? Microplastics have received some well-earned media attention in recent months as various European countries (Ireland included) debated legislation which would ban them from products like face-wash and toothpaste.

The UK successful brought the microbead ban in 2017 which comes into force this year. But this ban only covers microplastics that are deliberately part of the product rather than products which result in microplastics as an aftereffect of degrading. But as this will lead to changes at the manufacturing level for a big economy like the UK so will likely reduce the amount of microbeads on the Irish market as well.

Much of this attention came from the release of David Attenborough’s Blue Planet 2 which dealt with the hazard of plastic pollution on our oceans.

We all have a part to play in protecting #OurBluePlanet.#BluePlanet2 pic.twitter.com/ESc27LyStV

So how is that biodegradable?

According to EU standard (EN 13432, a compostable material must have the following characteristics:

While all this sounds lovely, the 10% margin of error for slow-degrading materials means companies can include 10% not-at-all-degradable material and still refer to it as compostible in a letter but not the spirit of the law situation.

This is also the issue with “biodegradable” bin layers which 90% cellulose with some of polymer lattice to hold it temporary together – again leading to microplastics.

Long story short – I’m back on the loose-leaf tea. 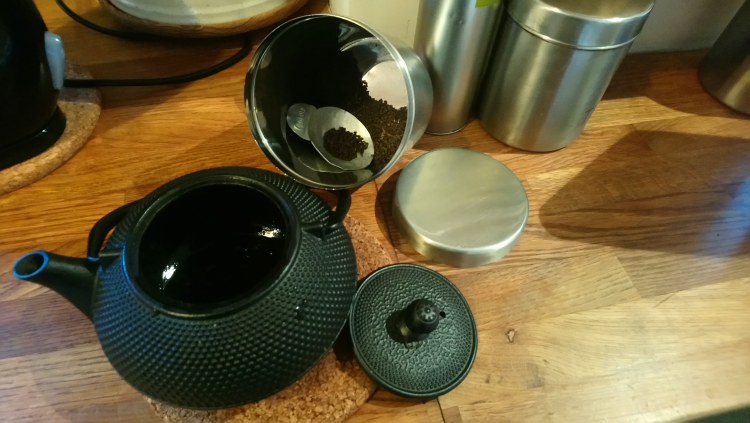